The Future of Journalism: Virtual Reality  by Alex Gerald 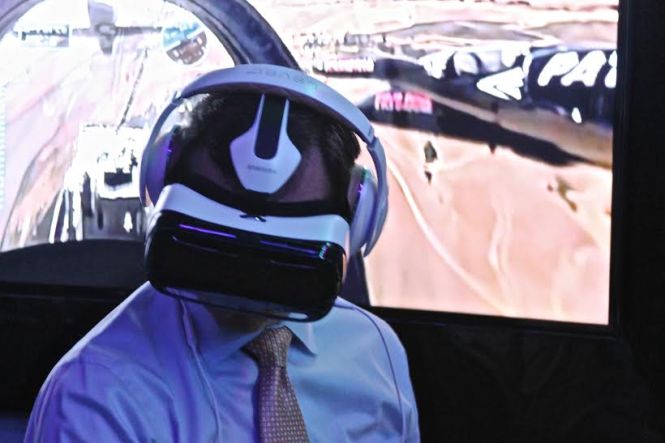 But that shouldn’t be much of a surprise. People have been using VR technology for decades – namely the military and dreadlocked hippie technologists.

What’s new is the price. You can buy an Oculus Rift for a couple hundred bucks. You can build your own VR headset using cardboard and a smartphone – using Google’s blueprints.

Here at SXSW Interactive, there were at least 15 sessions devoted to virtual reality. And there’s a VR arcade. And a virtual reality bird-suit contraption that lets you experience downtown San Francisco from the perspective of an eagle. You flap the wings. You feel the wind. You become the bird.

James Milward is the founder and executive producer of Secret Location, an agency that works with companies to create “interactive experiences,” according to the agency website.

Right now he’s working with PBS’s Frontline and Columbia University’s J-school to report on West Africa’s Ebola crisis using virtual reality technology. He said the reason they chose to use VR instead of other forms is because it can be “transportive” and “completely immersive.”

Milward was also upfront about the limitations of virtual reality. “I’m not a big believer right now – even with the highest level of CG – that you can relate a human experience,” he said. “I think you can build buildings. I think you can build environments.” But the nuance of human emotion is harder to replicate, he said.

Nonny de la Peña is a pioneer of immersive journalism. And she’s more optimistic than Milward about VR’s ability to conjure powerful emotions.

While many believe there’s a high level of realism needed to make users connect, de la Peña thinks it’s more about the story itself – not the graphic details. “My budget’s been low. My graphics quality is sometimes pretty terrible,” she said. But even with low-quality effects, people can have strong emotional reactions. One clip during the panel showed a woman weeping after experiencing de la Peña’s work.

de la Peña’s most recent project uses documents and recordings of the Trayvon Martin case to explore the young man’s death – in virtual reality. She put it together in about a week and a half in order to test VR’s practical applications in the fast-paced world of journalism.

Jason Mojica, editor-in-chief of VICE News, has also been exploring the intersection of journalism and VR.

Along with the technical barriers, he recognizes other obstacles for journalists who want to use virtual reality. “I think one of the biggest constraints is an audience that can actually access this material,” he said. The technology is still new, so only a handful of people can actually view what journalists might produce.

Overall, VICE as a news agency is upbeat about virtual reality in journalism. “We see it as just an exciting new platform that will become mainstream,” Mojica said. “And in a few years time it’ll become something we don’t really think about – just another tool in our kit.”

USC professor Robert Hernandez wasn’t on the panel, but he’s been interested in VR and journalism for a long time.

But he also issued a warning for journalists: virtual reality comes with a slough of new ethical dilemmas – like accurately presenting a subject’s (360 degree) point of view. “The core values of Journalism are more important now than ever before,” he said. 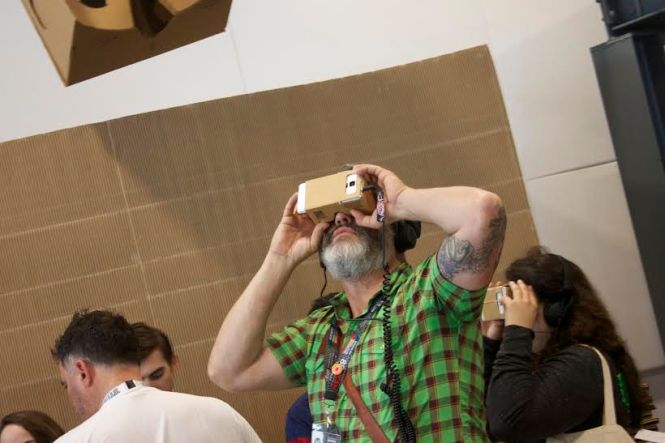